cooking rice without it boiling over

my life changed yesterday! ok maybe not. but, i cooked rice without it boiling over and creating a mess for maybe the first time ever!

i have a hard time staying focused in the kitchen because frankly, i just don't like cooking. i get easily distracted and end up boiling over or burning things a lot. i saw something at bed, bath and beyond that gave me hope for the boiling over problem, a "pot watcher." 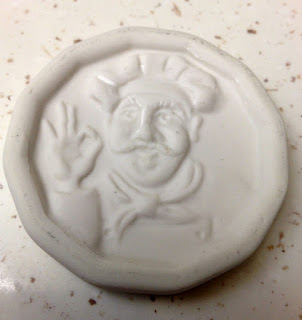 it's a little ceramic disk that i thought you were just supposed to drop in with the rice (or whatever you're boiling) and it would magically keep it from boiling over. wrong. my mom enlightened me by telling me, "it doesn't stop anything, it merely makes noise which alerts you to the possibility of a boil over." well, that's lame.

so, i was back to boiling over every time (yes, every. time.) i cooked rice. i had noticed something on pinterest (asmallsnippet.com) that sounded like a great idea for boiling things that don't need to be covered. it said to put a wooden spoon across the pot and it won't boil over. sounds great! unfortunately, with the way i cook rice, that's just not possible.

because the way i cook rice is:

so, last night i thought i'd try something that could work with a lid. string! i cut a length of string to go over the pot before i put the lid on and holy shiznit, it worked! here's a video...

you can see it wanting to boil over so badly, but nope! string to the rescue! 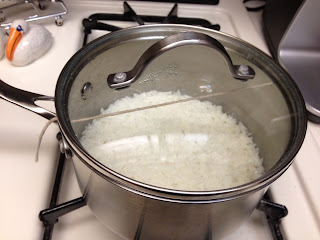 normally, once i'm done cooking the rice, the inside of the lid and all down the side of the pot are covered with a starchy, white mess. not this time! i was so happy. (and so was my little pelican salt shaker my mom got me. isn't he cute? thanks, mom!)
Posted by simply karendipity at 2:37 PM

simply karendipity
this is a blog about me. struggles i may be going through, things i enjoy, whatever i feel like writing about at the time. be aware, i write like i talk, so my punctuation and grammar are not always going to be proper. personally, i think it makes for a fun read, i hope you do, too.